Also known as cinnamon knots, rolls or swirl buns, these are an amazing combo of cinnamon, sugar and butter swirled in a cardamom-spiced light buttery dough to create delicious pastries with a crisp outside and soft fluffy centre.  I read somewhere they’re not too sweet and even better than classic cinnamon rolls and I totally agree!  A work colleague tested mine and repeatedly commented on their amazingly fluffy pull-apart texture and yumminess.  And I have the lovely Cooking the Chef group to thank for this discovery!  The chosen chef for this month’s challenge is world-renowned Danish chef Claus Meyer (more about him later) who serves these pastries of Norwegian origin in his bakeries!  The English recipe for kanelsnurrer is on his website and a youtube video that demonstrates the whole process, including the knot-twisting technique.  The video’s in Danish but you’ll get the gist.  I’d really recommend these kanelsnurrer as the most wonderfully fragrant and textured Scandinavian cinnamon twist buns!  It was love at first bite.  I think you should make them! 😉

Look, it’s crispy outside but soft and fluffy inside! 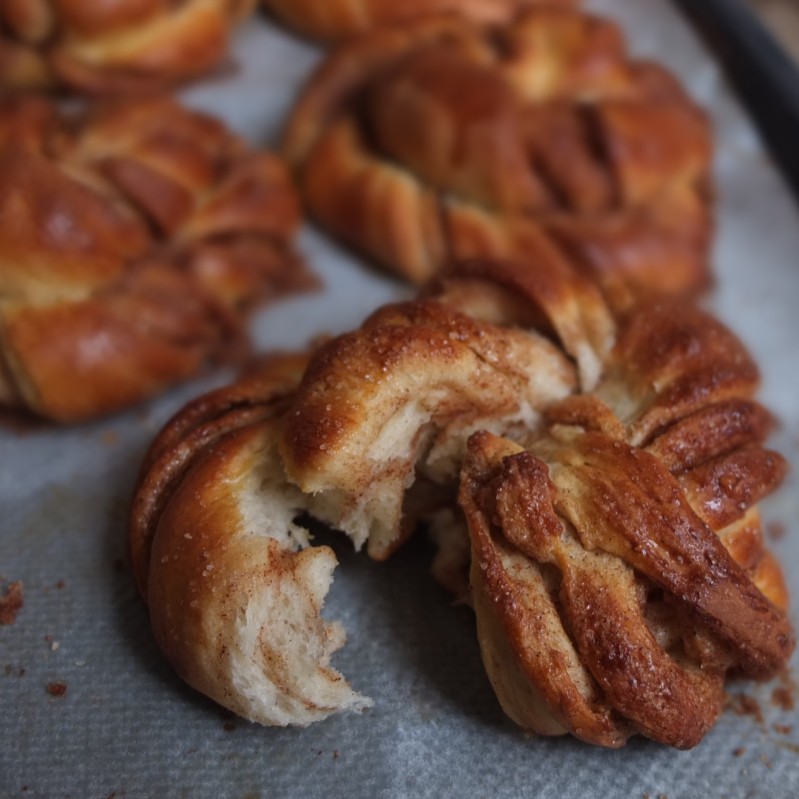 Kanel means cinnamon by the way and snurrer is ‘swirl’ or ‘twist’.  Yum.

For these kanelsnurrer I followed Claus Meyer’s cinnamon swirls recipe but substituted about one third of the 00 flour with glutenfree to make the buns lower-gluten and used slightly healthier unrefined golden caster sugar.  The milk was warmed a little before stirring in the yeast and the dough left overnight before shaping and baking – a slow overnight rise in the fridge improves the flavour and texture.  Plus the chilled dough is easier to handle the next day and it’s great for scheduling – you can shape and bake the pastries more quickly in the morning.  Oh and the quantities are halved so as not to use a whole kilo of flour – just had to recalculate the rectangle sizes.

On facebook there’s a nice Insider dessert kanelsnurrer video in English with info about them and how they’re made. Claus Meyer’s kanelsnurrer video recipe in Danish helps a lot with the shaping but photos I’ve seen of these buns show them in all shapes and sizes so they don’t need to be perfect.  Hurray! 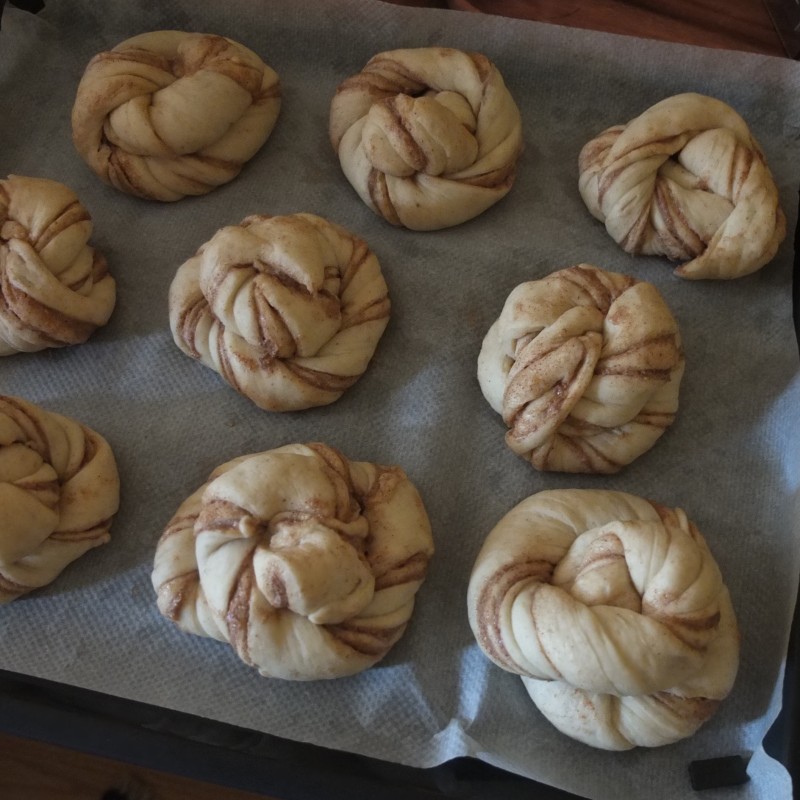 Ingredients – for about 9 buns 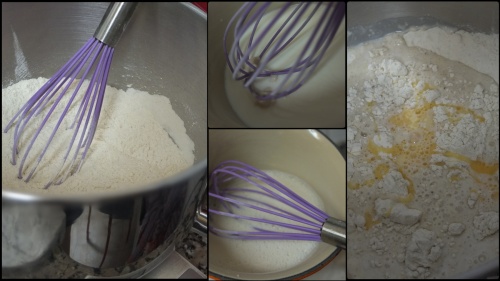 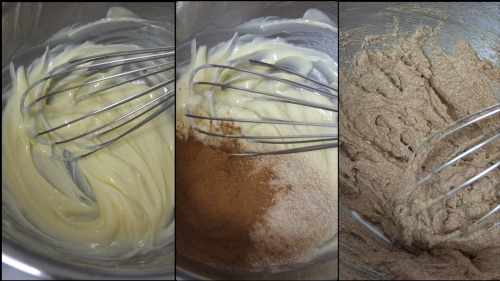 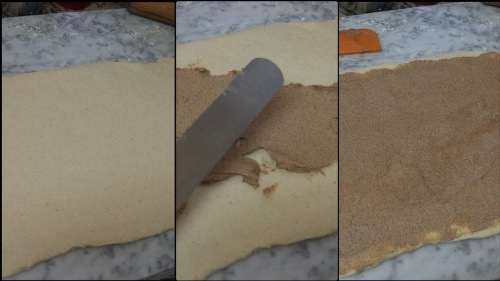 Kanelsnurrer are best eaten fresh the same day.  Store at room temperature in airtight tupperware or wrapped well in plastic film.  Day 2 or 3 you can reheat in the oven on a baking tray 5-6 minutes at 180°C/350°F (fan-assisted) or 200°C/400°F (static, non-convection.  You’ll get a crispy outside again with the warm soft centre.  Yum.  Wrapped in plastic film the buns also keep in the freezer up to a month or so.  Reheat in the oven directly from frozen.

Claus Meyer is not just a chef but also described in the Wikipedia article as a culinary entrepreneur, food activist, cookbook author, professor and TV host.   He’s one of the founders of the New Nordic Cuisine philosophy, promoting unique Nordic cuisine around the world.  So it’s great to be sharing these kanelsnurrer cinnamon twist buns here and with friends.

In a whatsapp a friend just thanked me again for the kanelsnurrer she ate a week ago!  So it’s a memorable bun – very happy to have discovered it so thank you again Aisha and Abril at the Cooking the Chef group!  If you’re interested in looking at more Nordic cuisine please check out the recipes for the Claus Meyer challenge.  There are some lovely savoury dishes and a few other kanelsnurrer recipes in Spanish along with comments about how they loved these pastries.  You can never have too many. 🙂

Let’s have another nibble.  I really love these kanelsnurrer cinnamon buns!

Farewell dear reader!  Wishing you a lovely week ahead with some happy baking and eating! 🙂  Lili x