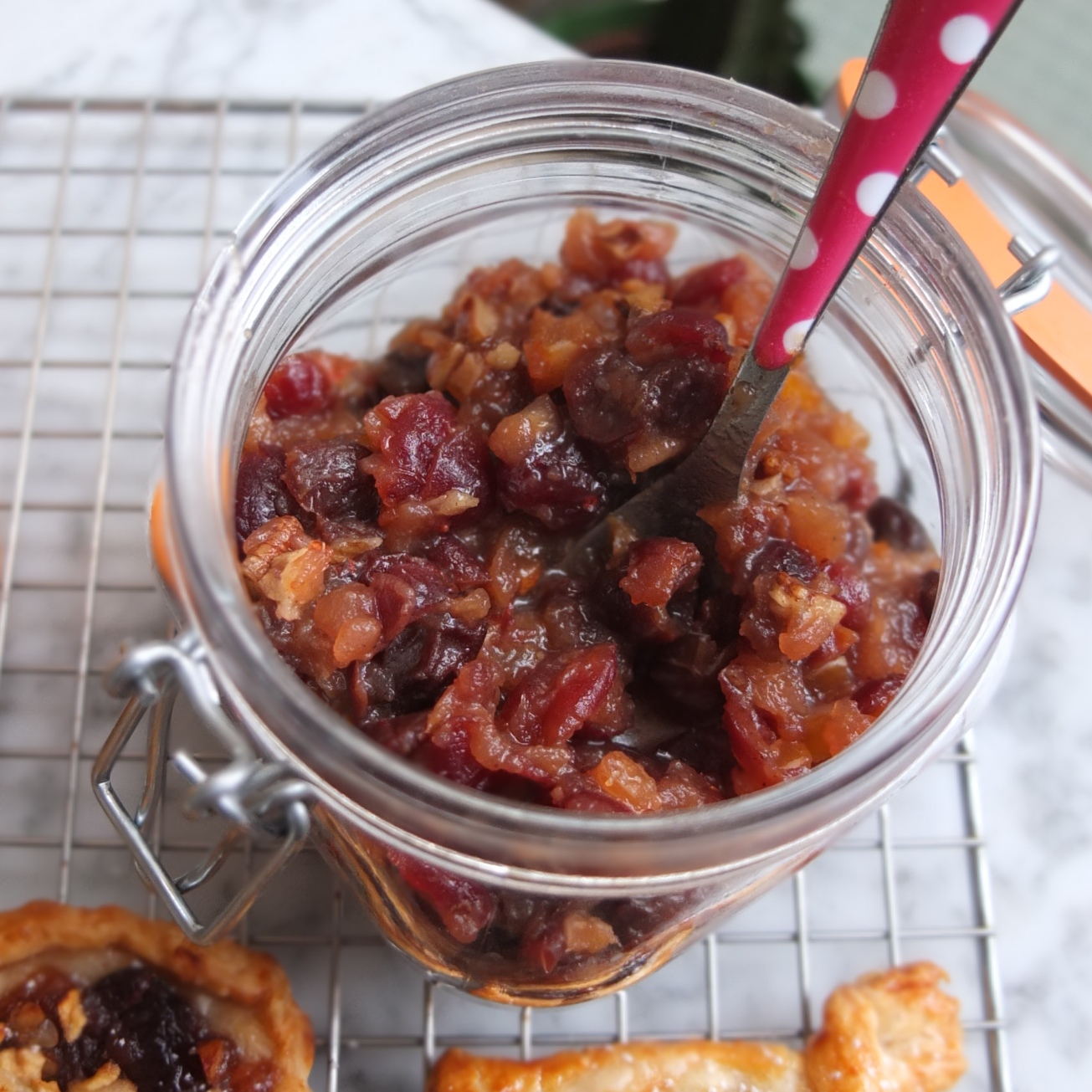 This mincemeat is so delicious I was eating spoonfuls of the stuff and used it various times in pastries within a single week.  And before this I wasn’t even a big fan of mincemeat!  It’s true what they say – once you’ve made homemade mincemeat there’s no going back! 🙂

There’s lots of information in Wikipedia’s mincemeat article but just to answer the question ‘Why is it called mincemeat when it’s full of dried fruit?’  Well originally in the middle ages it did contain meat chopped very finely and even today many versions contain suet.  Apparently mincemeat is at its best when aged to deepen flavours as the preserving effect of alcohol gradually breaks down the meat proteins and changes the texture of the mixture.  Luckily for vegetarians and vegans (or people who don’t want meat in their fruit pies!) there are lots of commercial meatless mincemeats available.  Nowadays mincemeat is still a traditional Christmas treat in many countries, often served in mince pies or mincemeat tarts decorated with stars and other seasonal shapes.

So there you go, make mincemeat and join the festive baking spree!  Or make it any time of the year… 🙂

Apparently traditional mincemeat isn’t usually cooked but I saw a recipe where it’s simmered 30 minutes and liked the idea of the cinammon stick infusing the ingredients over heat with flavour.  This mincemeat also has lots of citrus stuff with extra candied orange peel and tangy cranberries replacing most of the sultanas.  You can adapt and use other dried fruit like apricots.  The recipe and quantities are flexible.

Note:  after weighing chop the sour cherries, cranberries and sultanas a little so they’re a similar size to the other dried fruit.

It can be stored in airtight tupperware in the fridge up to 2 weeks or wrap tightly in plastic film and freeze up to 4 months.

Mmmmm… mincemeat.  The surprisingly yummy treat from medieval times!  There’s a reason it’s been going for so long – it’s yummy!  🙂