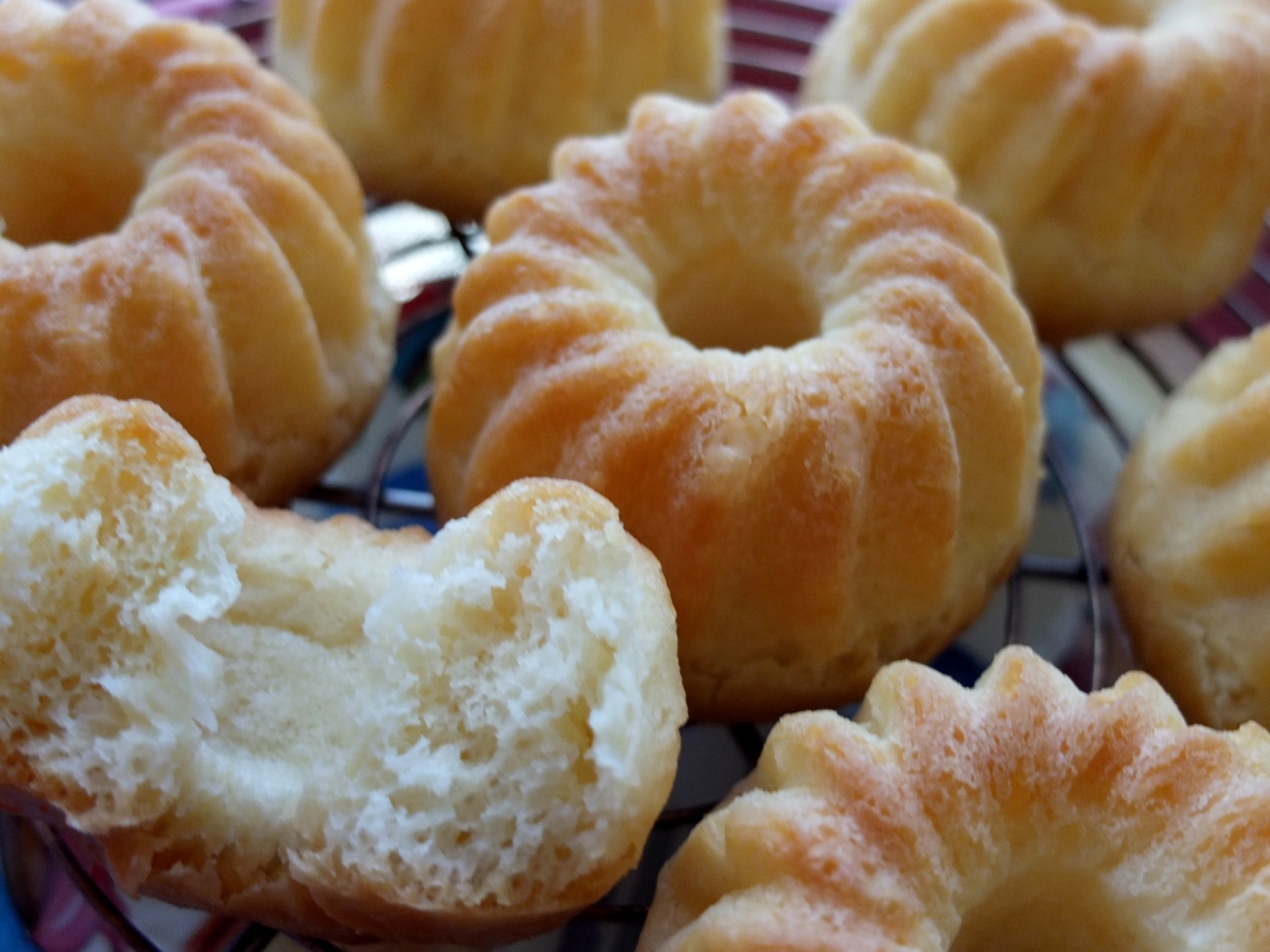 There are various ways to make savarins and mine’s based on methods from several books and experience playing around with quantities.  From one recipe I borrowed the idea of using honey as the sweetener instead of sugar.  Adding softened butter the texture of hair cream (beurre pommade) appears to be a typical French method, as opposed to adding little cool pieces of butter.

It’s similar to a brioche dough but wetter and stickier. You pipe the dough into the smaller moulds so the dough should be pipeable and not as thick or elastic as a typical bread dough.  It seems to have a consistency between that of choux pastry batter and a brioche dough.

Making small quantities is tricky so you usually make enough for two batches and split your dough during Stage 2, freezing half for another day.  The rest you use for 8 small moulds or 1 large one.

STAGE ONE – kneading and first rise in a bowl

Place the dough on a clean flat surface and knock it down with hands and scraper to eliminate the ‘bad gas’ in it.  Now divide the dough into two (storing half in the freezer tightly wrapped in plastic film).  Place the other half in a disposable piping bag with a plain medium nozzle.  Pipe into your 8 or so prepared savarin moulds, filling them up to a third.

With a big mould (like your average bundt tin) just place the dough in the mould gently by hand and press lightly around the tin to spread it evenly.   It will only fill about a fifth or quarter of your tin.

Bake small individual savarins for 15 to 20 minutes till golden brown.  An inserted skewer should come out clean.  A big savarin takes 30-40 mins.  Mine took 30 minutes and only rose to about half-way up the bundt mould, but the texture was fine.  It was slightly closer, which was perfect for soaking.

Once they’re baked turn out onto a wire rack and allow to cool before soaking.  Let them dry a few hours at room temperature if you have time.  The small savarins: 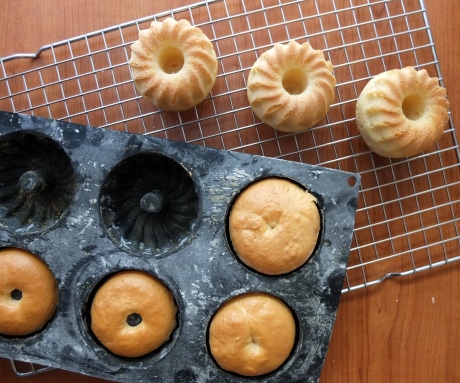 Step back and admire your savarins!  Hurray!  🙂

P.S.  You could make Babajitos – Mojito rum babas with them!

One thought on “Savarins – making the dough and baking”