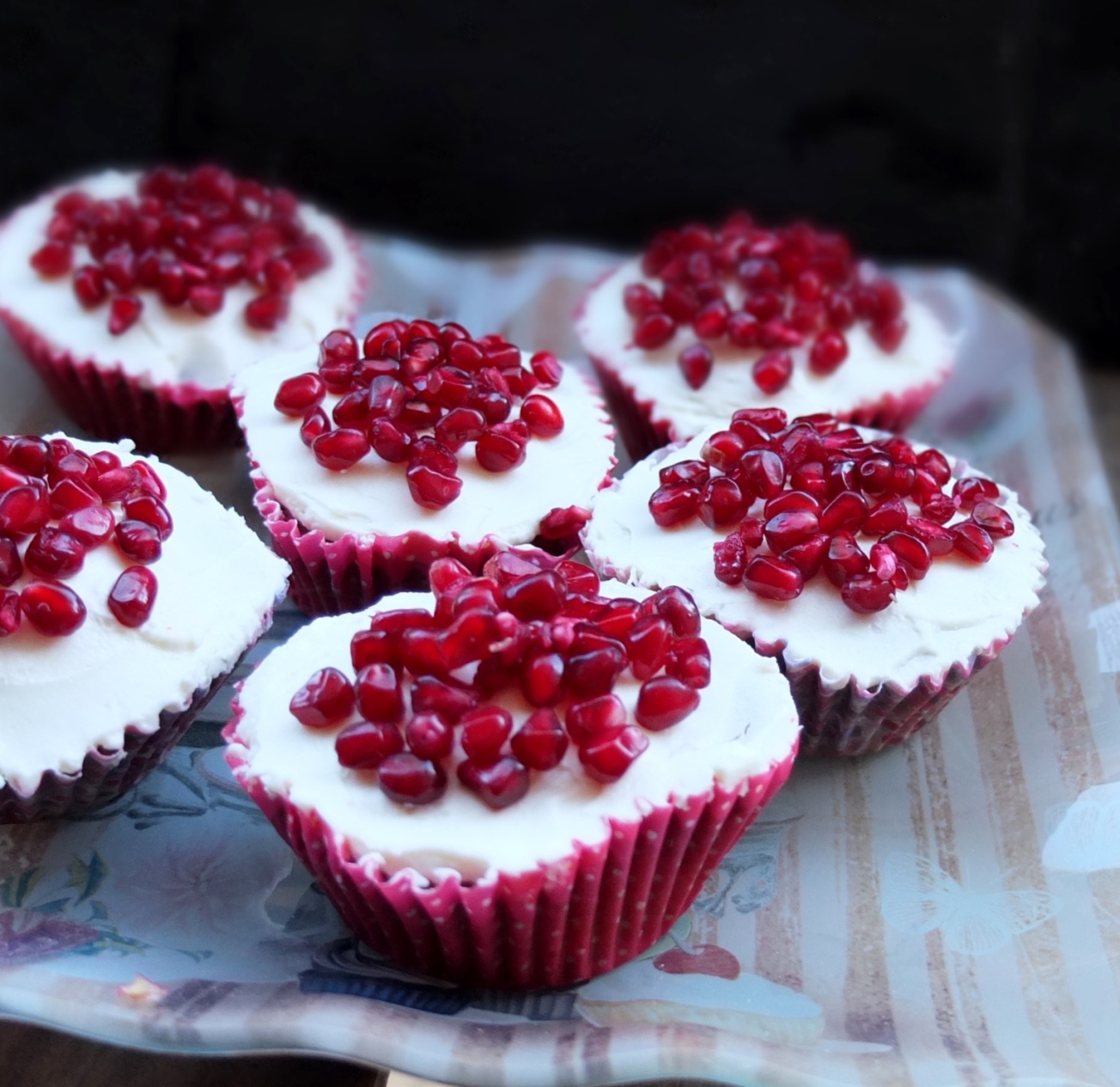 Yes, you’ve seen the cake and now here are the cupcakes!  They’re faster, smaller and healthier.  Healthier?  Well, just because of the reduced quantities.  Tee hee. There’s half the quantity of sponge used in the original layer cake and a third of the frosting.  After the healthy stuff I’d been baking I had a sudden craving for red velvet cake, and fast.  So before seeing a friend for lunch I managed to quickly get these baked in the oven.  Later in the evening the frosting was added.  Yum.  Pomegranate red velvet cupcakes, perfect slightly chewy sponge fragrant with the heavenly combination of cinammon, vanilla, cocoa and salt.  Topped with scrumptious Philadelphia cheese, cream and vanilla.  Again, yum.  I really needed that! 🙂 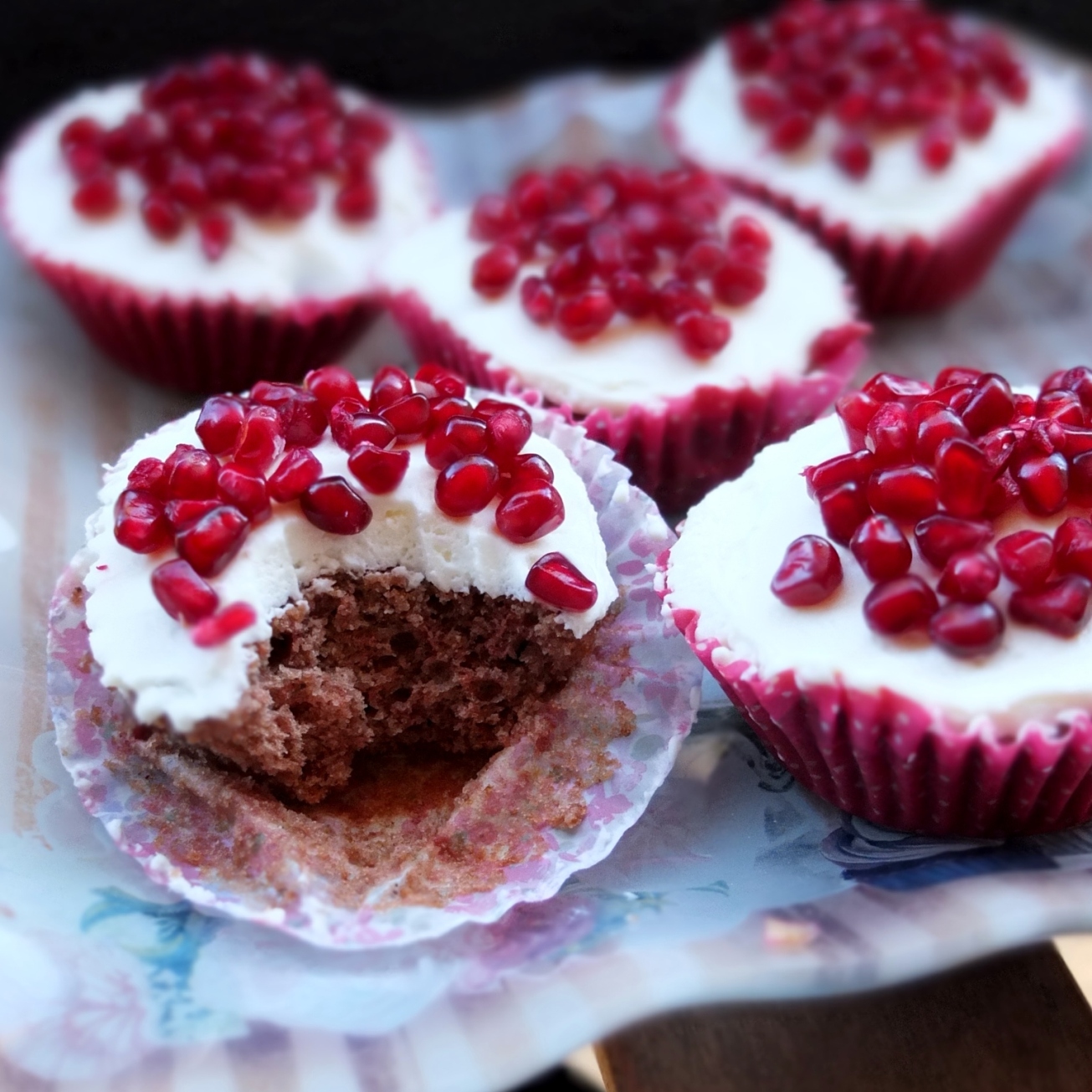 Ah yes, I was experimenting to see whether the red food colouring was really necessary.  Because I’d read somewhere the acidic vinegar and buttermilk react with the cocoa’s anthocyanins turning them red.  But cocoa isn’t what it used to be and as you can see from my cupcakes there wasn’t a big colour change.  Sob.  If you want to know why you can read the article Why red velvet cake was originally red (and why it can’t be anymore).   After the initial disappointment (I’d been looking forward to a nice chemical reaction) I discovered the cakes were just as delicious and after a few bites swooned happily into cake bliss.

It’s exactly the same recipe as my big red velvet cake but with different quantities which I wanted to have here on a separate post for the sake of convenience.  Next time I need some red velvet cupcakes they’ll be super speedy to make without having to do lots of calculations again!  Of course this will be handier for you too.

You preheat your oven at the same temperature.  But instead of a large cake tin prepare a baking or cupcake tray lined with 10 to 14 paper cupcake cases and fill them between half and three quarters full (they’re going to rise a lot).  Bake for 20 to 35 minutes, depending on your oven and the size of your cupcakes.  Just insert a skewer in the middle of a cupcake and it should come out clean when they’re ready.  You can spread the frosting over them as I did.  The frosting is quite thick so if you want to pipe you could whisk in a little more cream to lighten it up.  The pomegranate seeds can be omitted or replaced with other fruit like berries to keep a touch of freshness. 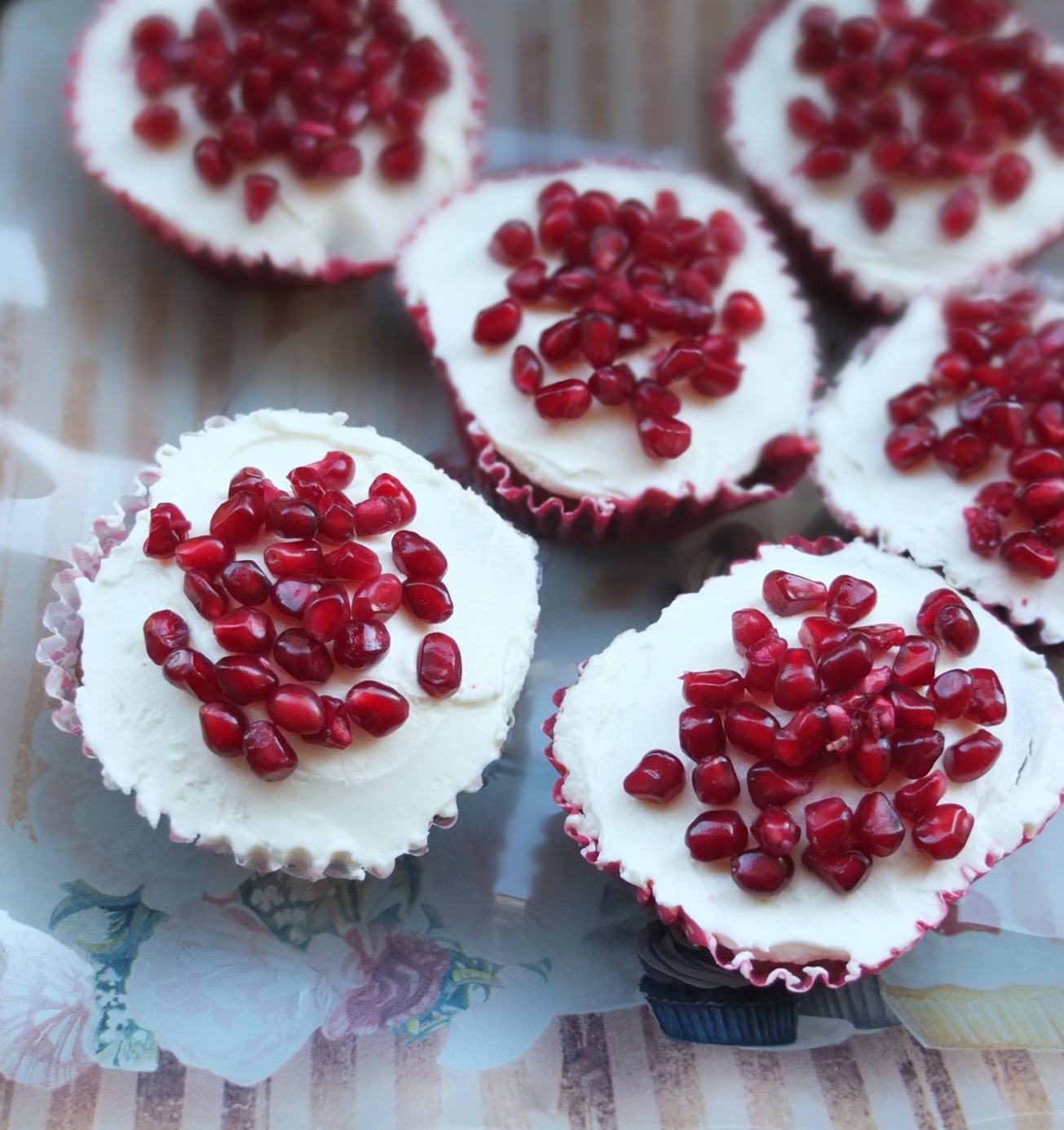 So hope you’ll give these little bejewelled beauties a whirl.  As a newly converted red velvet fan I could go on till the cows come home about the amazingly wonderful flavour and texture. 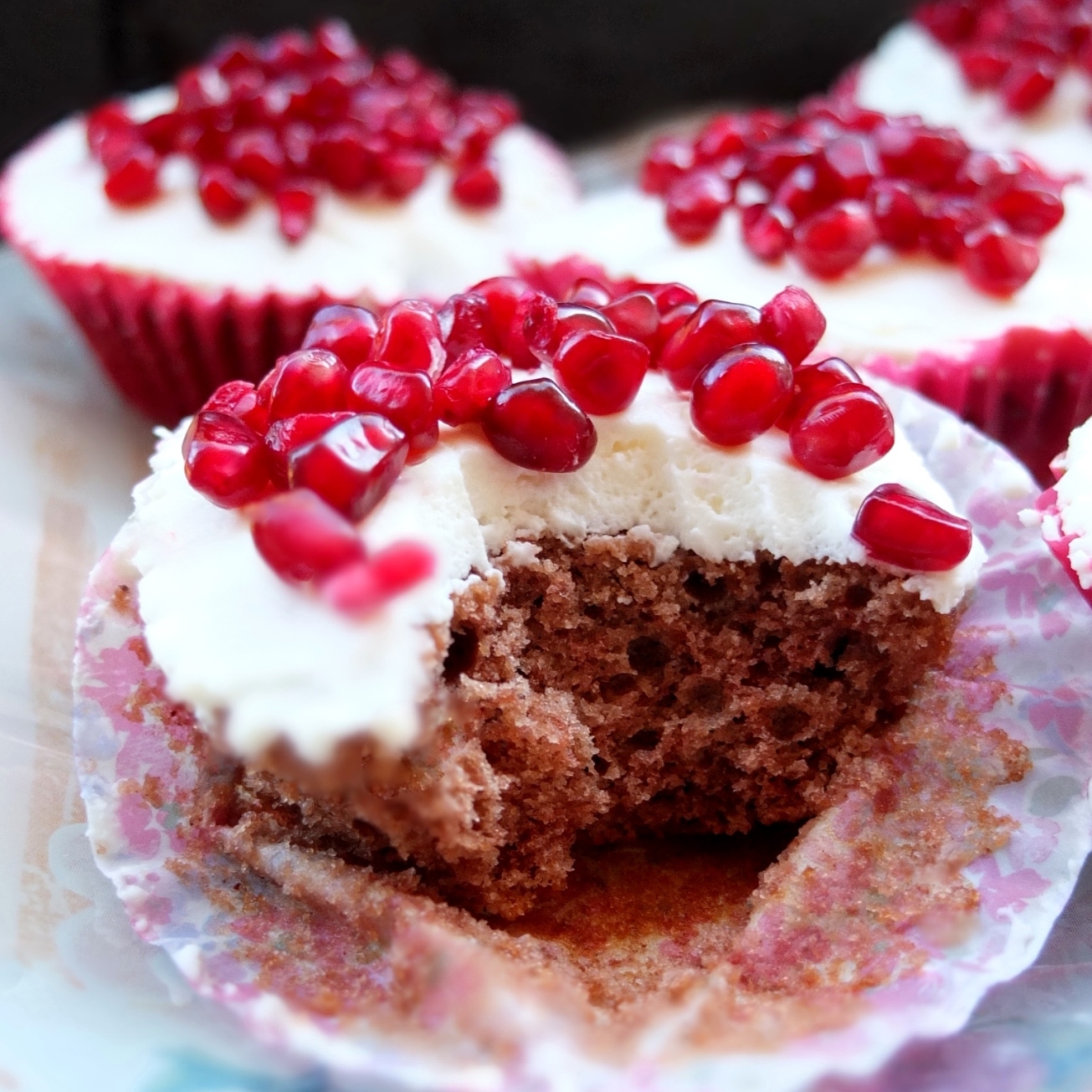 Farewell for now sweet reader!  Have a blissful week ahead with some happy baking and eating! 🙂 x